The Arkansas Fellows toured the Slim Chickens corporate headquarters last month and learned the story of Slim Chickens–what it takes to be a successful in business–from Tom Gordon & Greg Smart (the Founders), Seth Jensen (CFO) and Chris Allison (CMO).

The Slim Chickens story could be summarized in those three words. They are constant themes throughout the Slim story from starting with one restaurant in Fayetteville, Arkansas to opening stores as far away as England and Kuwait. We also learned those words not only describe the journey of Slim Chickens but what the path will be for almost any successful entrepreneur. 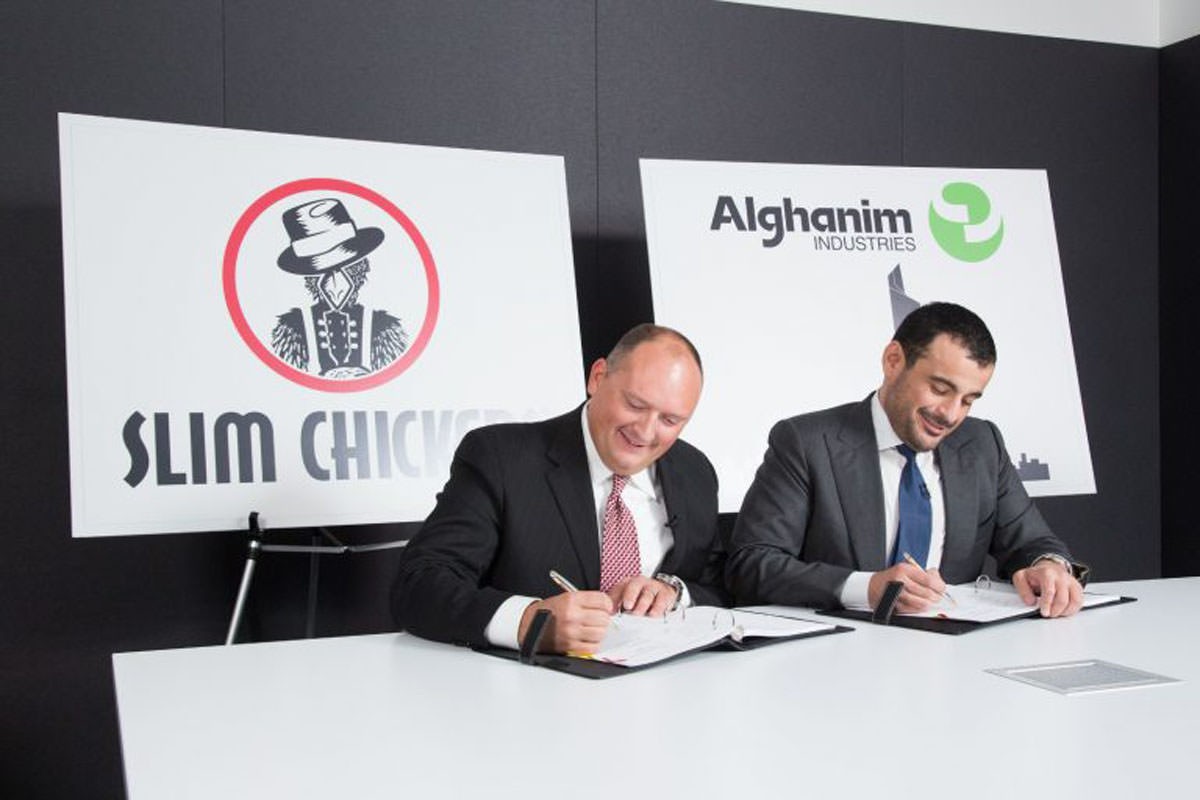 The odds were stacked against Tom and Greg from the beginning. They started the first restaurant with little money. Tom had some relevant experience, but neither had experience running a restaurant before. What they did have was a lot of faith that they would succeed.

People around them questioned their decision to start Slim Chickens; they were frequently told, “Y’all are crazy to start that, opening a restaurant is one of the toughest businesses out there.” Even with few resources and many doubters, they believed they were going to be successful and no one was going to stop them.

That belief, that no-turning-back mentality, is what carried them even when the projections looked bleak. With many of the Fellows wanting to open our own businesses one day, hearing their story of perseverance was powerful and inspiring to hear. 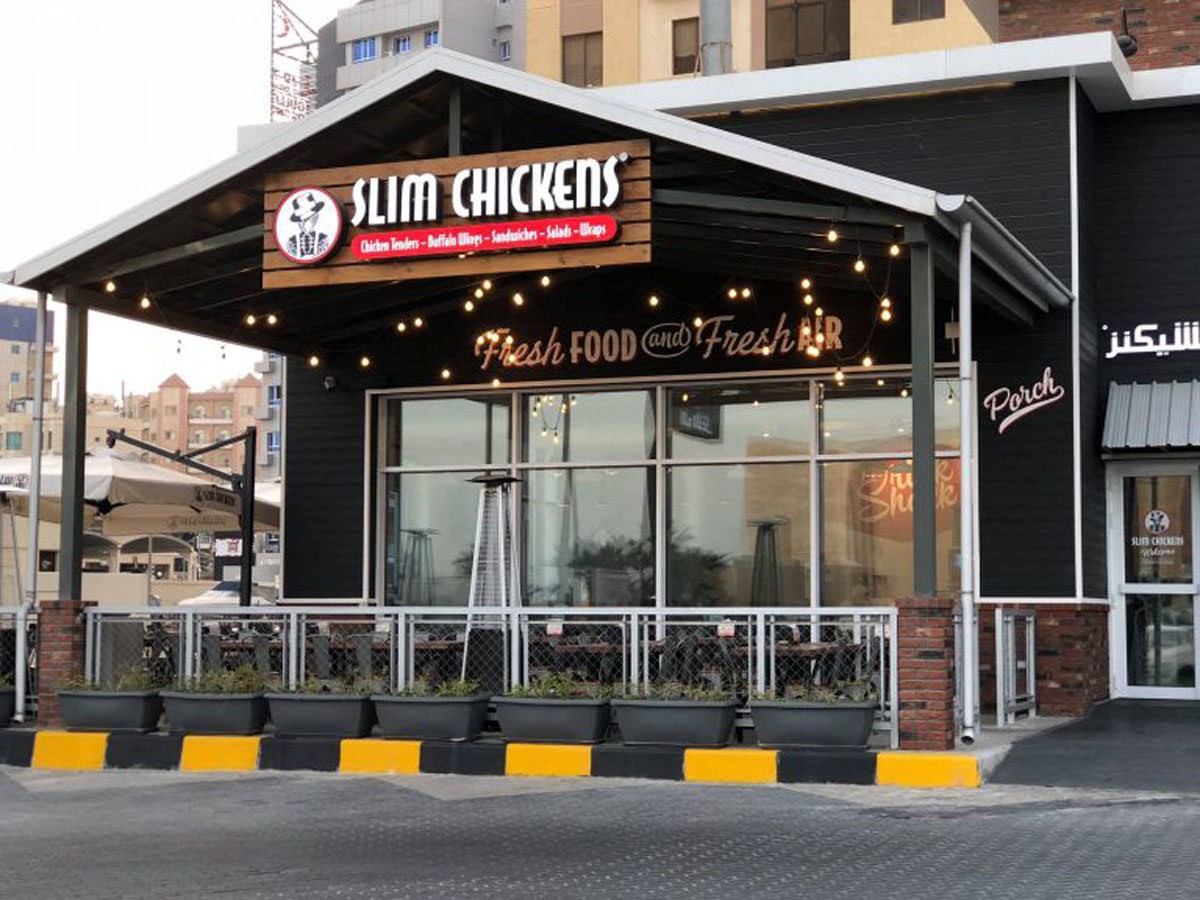 The first Slim Chickens opened outside of the United States (Facebook).

Luck tends to follow people that work hard. That old adage holds true for the Slim Chickens story, too. For all of their limited experience, Tom and Greg had a knack for being in the right place at the right time, convincing people to give them just what they needed to keep moving. It shows up in their story again and again.

An example comes from their first few months, well before they opened their own restaurant. Greg and Tom got lucky, testing chicken and other foods in their garage. Tom managed to convince a food representative to drive a semi-truck down their residential street, unloading different products for them to test with their friends.

After opening their first restaurant, an act of luck in its own right, the Founders we needed to convince a Rogers landlord to build their second location for them. They didn’t have the capital or the credit to build a new spot, but they persisted. Then, they got lucky. Tom still isn’t sure how they managed to convince the guy to build their second restaurant for them. I’ll tell you: luck. 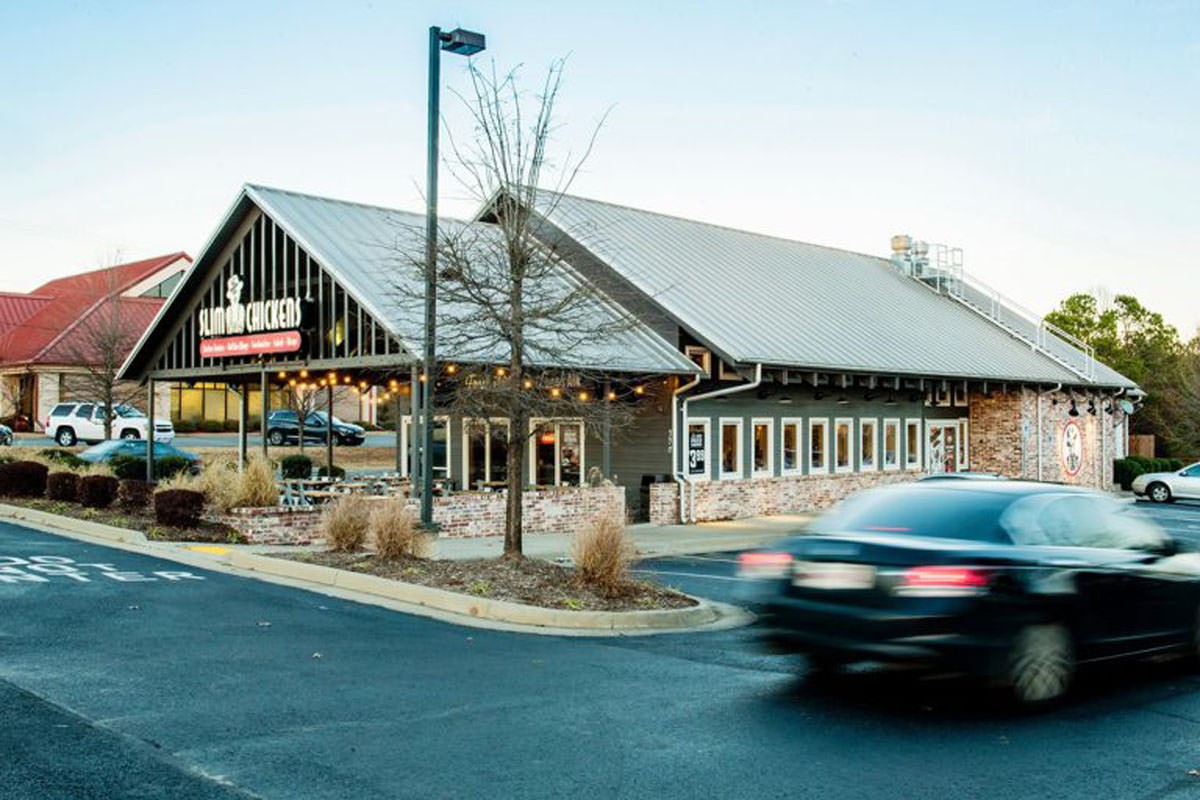 People think of creativity in terms of art. Someone’s creative because they paint beautifully or do a good job decorating for your sister’s wedding shower. But creativity is more complex than just art and table settings; creativity is problem-solving. Tom and Greg have a knack for it.

Just before they opened their third location in Conway, Arkansas, the company they were leasing their restaurant equipment from backed out of the leasing agreement. With no time, credit or money, Greg and Tom got creative. They couldn’t afford to buy the equipment as Slim Chickens, but they could still afford to lease.

They worked with a friend to setup a restaurant-equipment leasing company, and leased their equipment from their friend. Talk about ingenuity. Tom and Greg solved one company problem by opening another problem-solving company. They may not be painters, but they’re creative.

Slim Chickens in an Arkansas business success story. Not many entrepreneurs can go from garage chicken experiments to international franchises in a matter of 15 years. The Founders couldn’t have done it either were it not for a little creativity, perseverance and luck.

Hearing their story from them directly gave us as Fellow an insight into what it really takes for your dream business to succeed, and what better source to learn the secret ingredients to small business success than the Founders of Slim Chickens?