These Fellows Took Different Paths, Then Got Married.

Will joined the first class of the Arkansas Fellowship in the spring of 2014; Erin joined the second class the next year. Fast forward to the spring of 2018, and Erin has created millions of dollars in value for her host company while Will has empowered local clients through his own digital marketing agency, The Gilbrech Group.

Will and Erin have taken different paths as Fellows: intrapreneurship versus entrepreneurship. The Arkansas Fellowship offers recent college graduates that kind of varied opportunity for personal and professional growth. Now, years removed from their two-year stints as Fellows, I spoke to Erin and Will about their time within the program. Oh, and did I mention they just got married?

As a part of the inaugural class, Will’s Arkansas Fellowship experience was hardly typical; he had already accepted a job offer when he first heard about the program. His entrepreneurship professor at the University of Arkansas, Jeff Amerine, was also an Arkansas Fellowship Board Member. Jeff encouraged Will to apply, he did, and the startup that extended his initial job offer became one of the first host companies in program history, DataRank.

Erin’s experience was more typical of the program. As a student at John Brown University, Erin heard about the Arkansas Fellowship from former classmates. They had joined the program the year before, and encouraged Erin to apply. Erin initially saw the interview process as an opportunity to gain interview experience, speaking with half a dozen companies in the space of an afternoon. Then she ran across one interviewing company, Collective Bias, and knew she wanted more than just experience. After the interviews, Collective Bias extended Erin an offer. 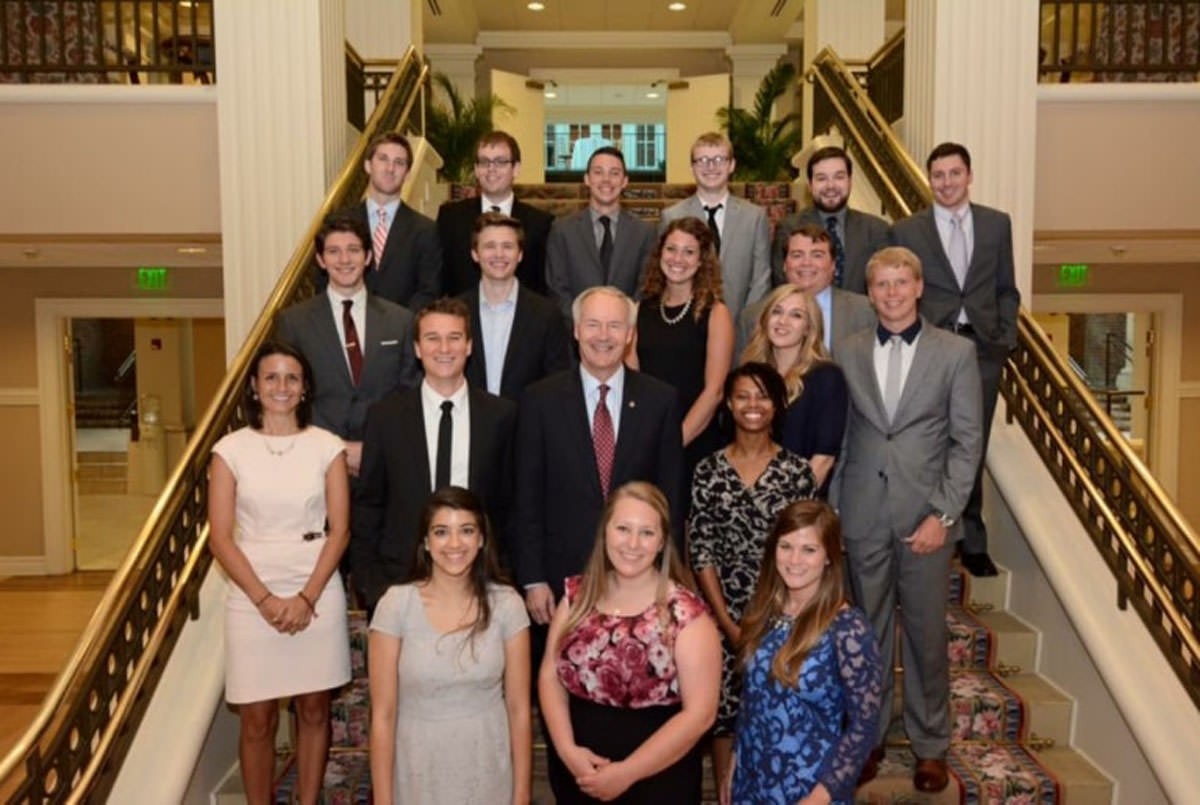 Class 1 and Class 2 of the Fellowship pose with Arkansas Governor, Asa Hutchinson.

Arkansas Fellows plan events throughout the year, touring host companies, attending conferences, and listening to speakers–all paid for by the program. The couple met during a Fellowship event at StartUp Junkie. Will remembers his first impression of Erin fondly: “she was very smart.” Erin’s first impression of Will, however, was a little different: “He was very confident (read: loud).” Jokes aside, Erin thought Will was pretty funny, and something must have clicked because the two celebrate two years of marriage in June. 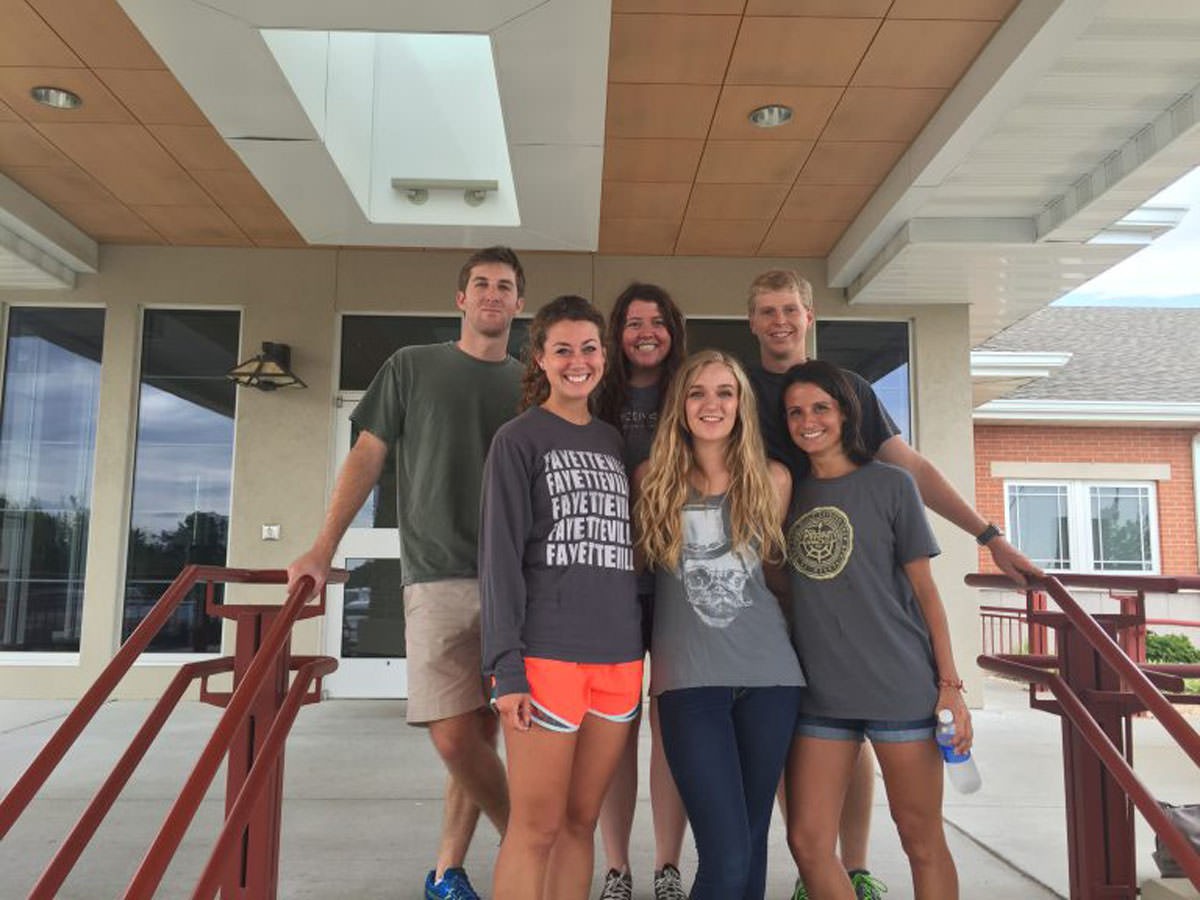 Fellows from Class 1 and Class 2 pose for a photo after volunteering together in Northwest Arkansas Women’s Shelter.

Coming out of school, Erin wasn’t sure what direction her career would take. Even at Collective Bias, she was conflicted about whether to pursue a more technical and specialized role or a role in operations and management. Fortunately, Erin told me, “the Fellowship really gave me the flexibility to find what I was interested in.” Will was never particularly conflicted coming out of college: “a specific struggle right out of college doesn’t really come to mind.”

Where They Are Today

Now, Erin acts as Media Operations Manager at Collective Bias, where she grew the department from only a couple of a people buying ads to an 8-member team, generating millions of dollars in revenue for Collective Bias. In the beginning, Erin was able to work in so many different areas of the department and company, and while her focus has narrowed with her leadership role, Erin cites the Fellowship in helping her to continue understanding the many working parts of her team and the company.

Will has always known he wanted to be an entrepreneur: “I have always wanted to do my own thing.” Now, after working for a couple of startups, Will runs his own digital agency. After teaching himself coding, Will built websites and developed marketing strategies for local businesses. His most recent success coming with local favorite, Eureka Pizza. Between Snapchat Ads, billboards, free pizza and a tweak to the dough recipe, Will helped the company increase sales without lowering prices. Owner Rolf Wilkin is more than impressed: “We have clarified our position in the marketplace and we have implemented a rebranding effort at a fraction of the investment other agencies would propose.” 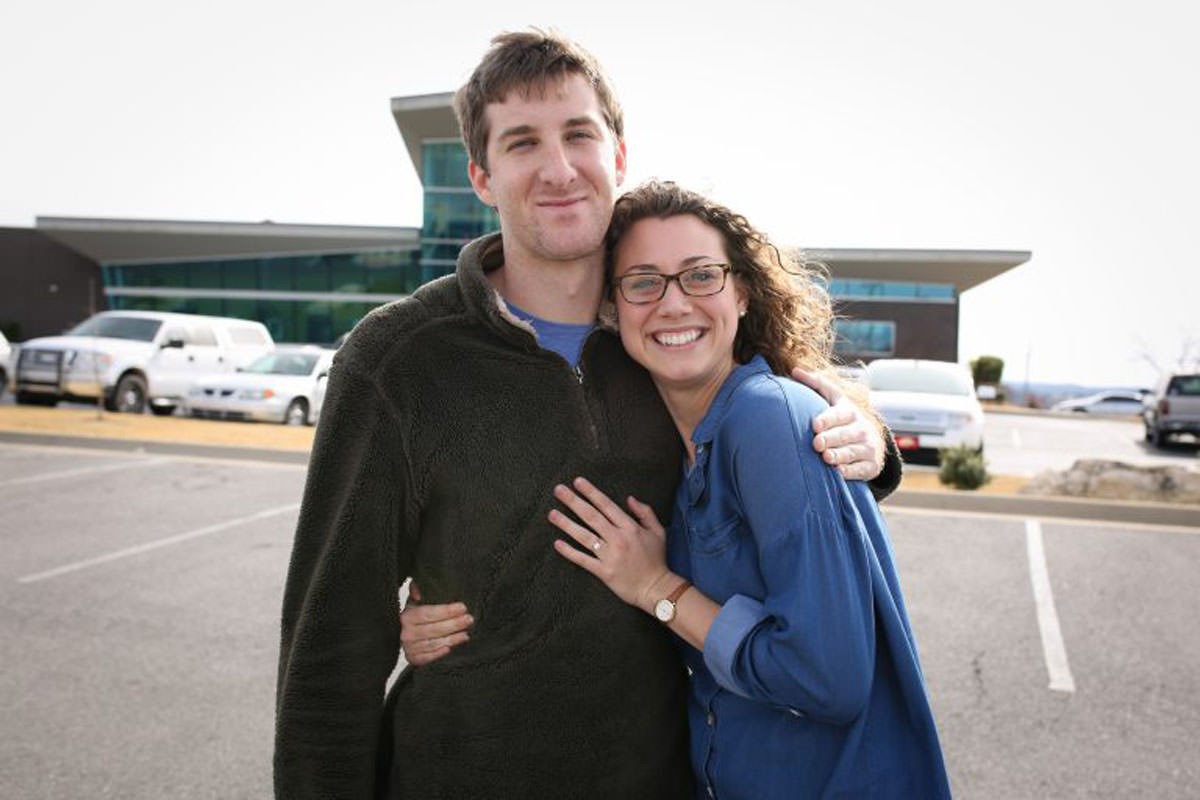 Will and Erin pose together after Will’s marriage proposal.

The Arkansas Fellowship offers Fellows access to influential business leaders in the state, paid pursuit of conference and speaker opportunities, and friendships that will last a lifetime with other young professionals, but those benefits are easy to forget talking to these two. I asked them: “What would you consider the most valuable thing you received from your experience as an Arkansas Fellow, and how did that align with or contradict your expectation(s)?”

Will said, “Meeting my wife, for sure. I would say that was a surprise.”